Trying to avoid some household chores, I decided to take a look at what cameras I have used 2017-2021 and it’s fun to see how it has changed. Let’s start with 2017 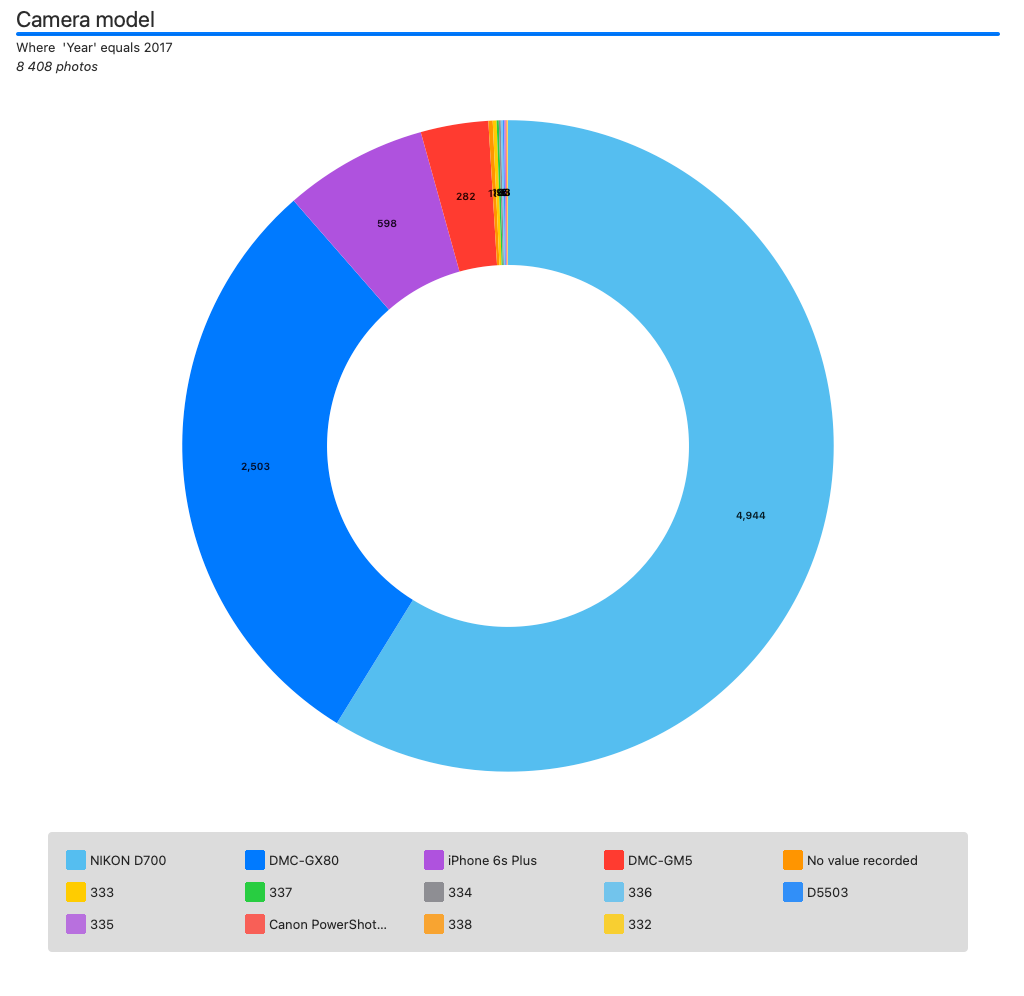 I did take less photos than usual in 2017, and half of them was taken using my D700. This is the camera I used for sports, and since I was mostly taking martial art photos, there is nothing surprising with this. Second comes the Lumix GX80, also to be expected since it was the camera I used day-to-day and when traveling. Then the iPhone 6s and some with the Lumix GM5. 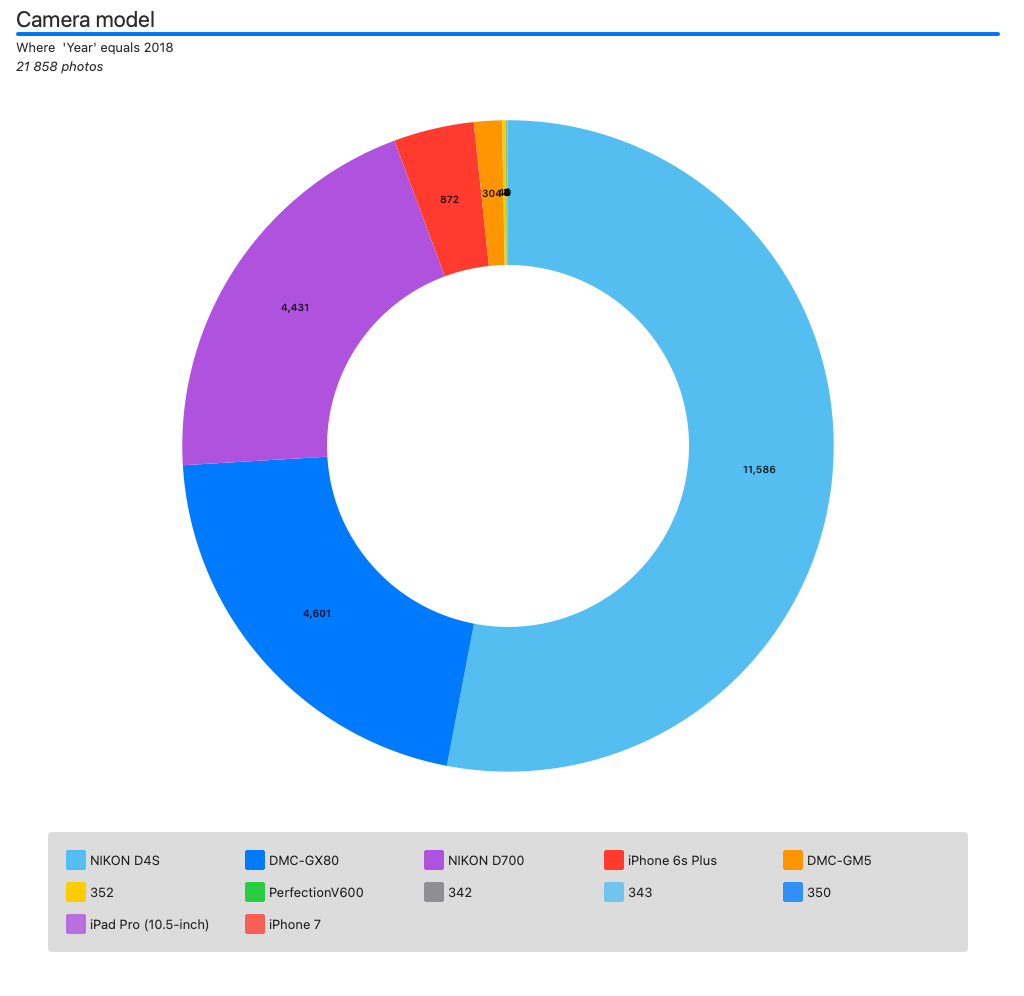 Substantially more photos 21900, with 11500 taken with a Nikon D4s. I bought it early in the year and also did a lot of sports photography. But, I also continued to use the D700, third place, and as before the GX80 for day-to-day and travel. And some using the iPhone 6s. 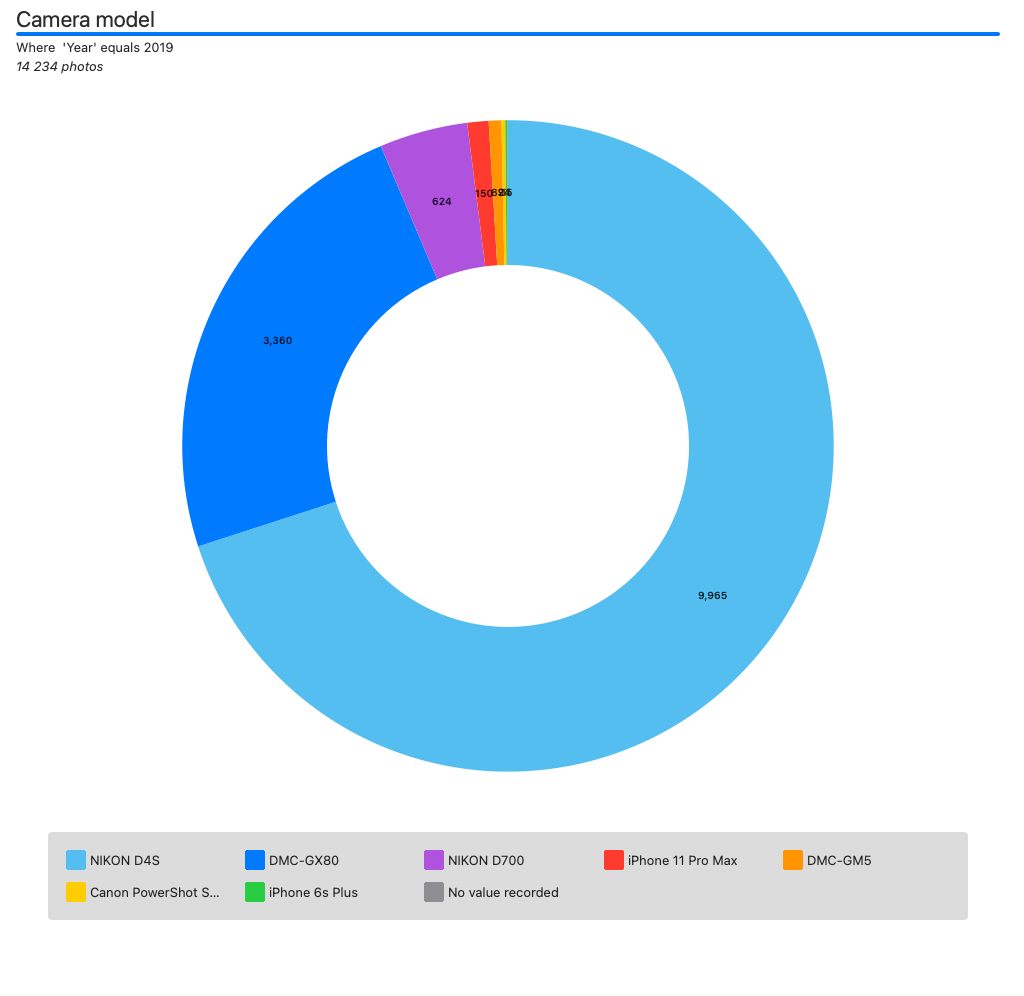 Fewer photos than previous year: 14234. If I remember correctly I did fewer trips to take sports photos, but around 70% is taken with the D4s. Then the Lumix GX80, and the iPhone. 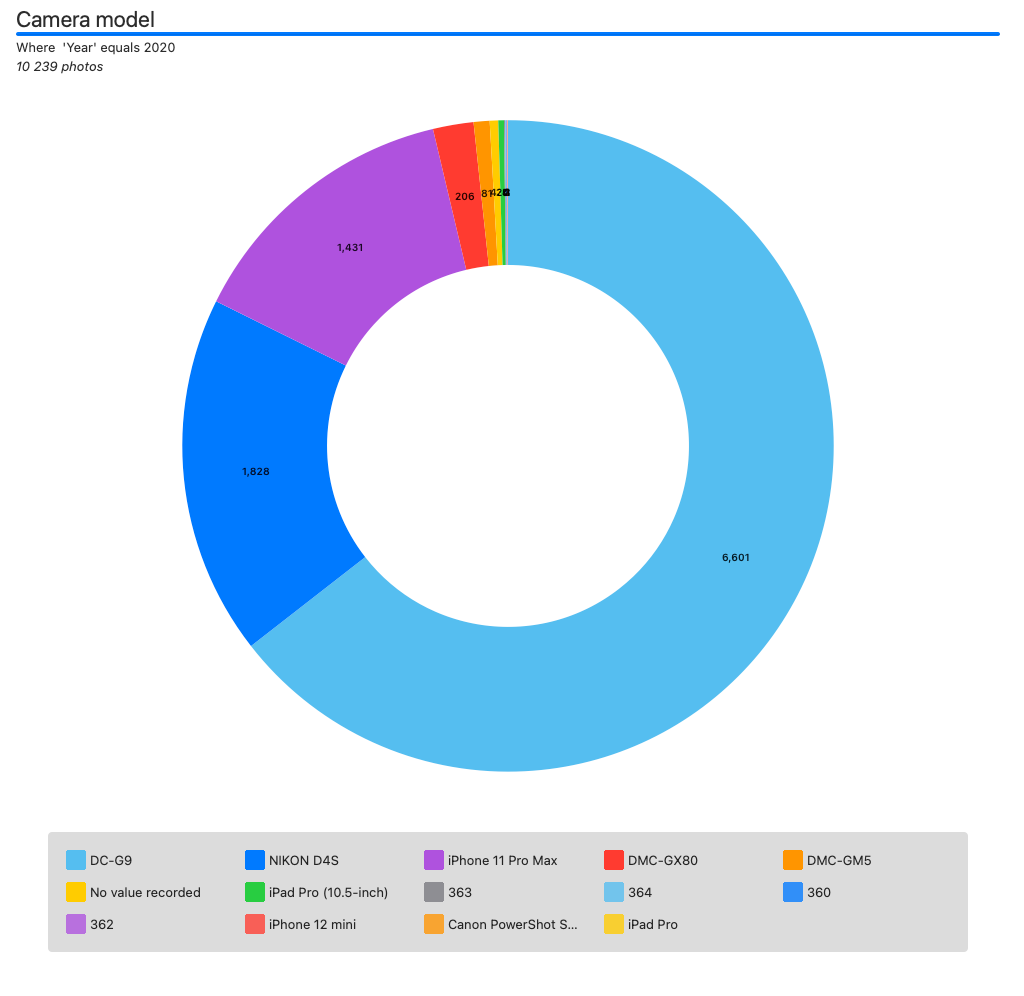 When 2020 started I had planned several trips in my mind and expected it to be my busiest year photographically so far, but we all know what happened. I’m kind of impressed that I managed to take 10239 photos last year. My GX80 developed some mechanical problems early in the year which was really irritating, so after debating if I should buy a new GX80, or a GX90, I decided to buy a Lumix G9. I switched from taking sport photos (no events to document) to landscape, I also used the G9 much more than the D4s. It’s even worse than the diagram shows, those 1828 photos are from one single event. In other words, the D4s should have had 0 photos in 2020! Then the iPhone, and a few with the GX80. 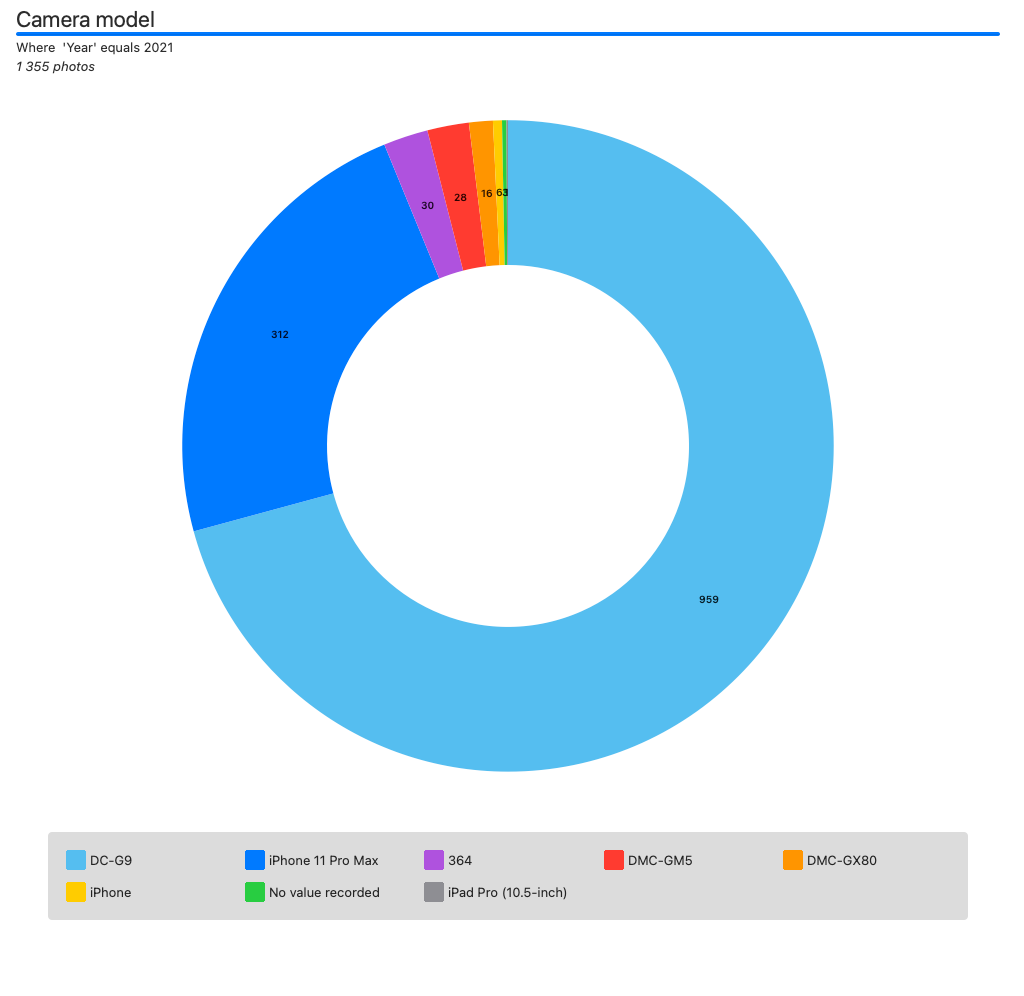 However, if it become possible to do some sports photography, it will look very different. Then I would expect about 40% G9, 40% D4s, and 15% with the iPhone.