I think I better explain what I meant with

the problem was to make the photos interesting

in a previous post. I did not mean that Kendo isn’t interesting, just that for me the problem was to make my photos interesting. Let me explain, in Jutsu there is a lot of movement like when a person is being thrown 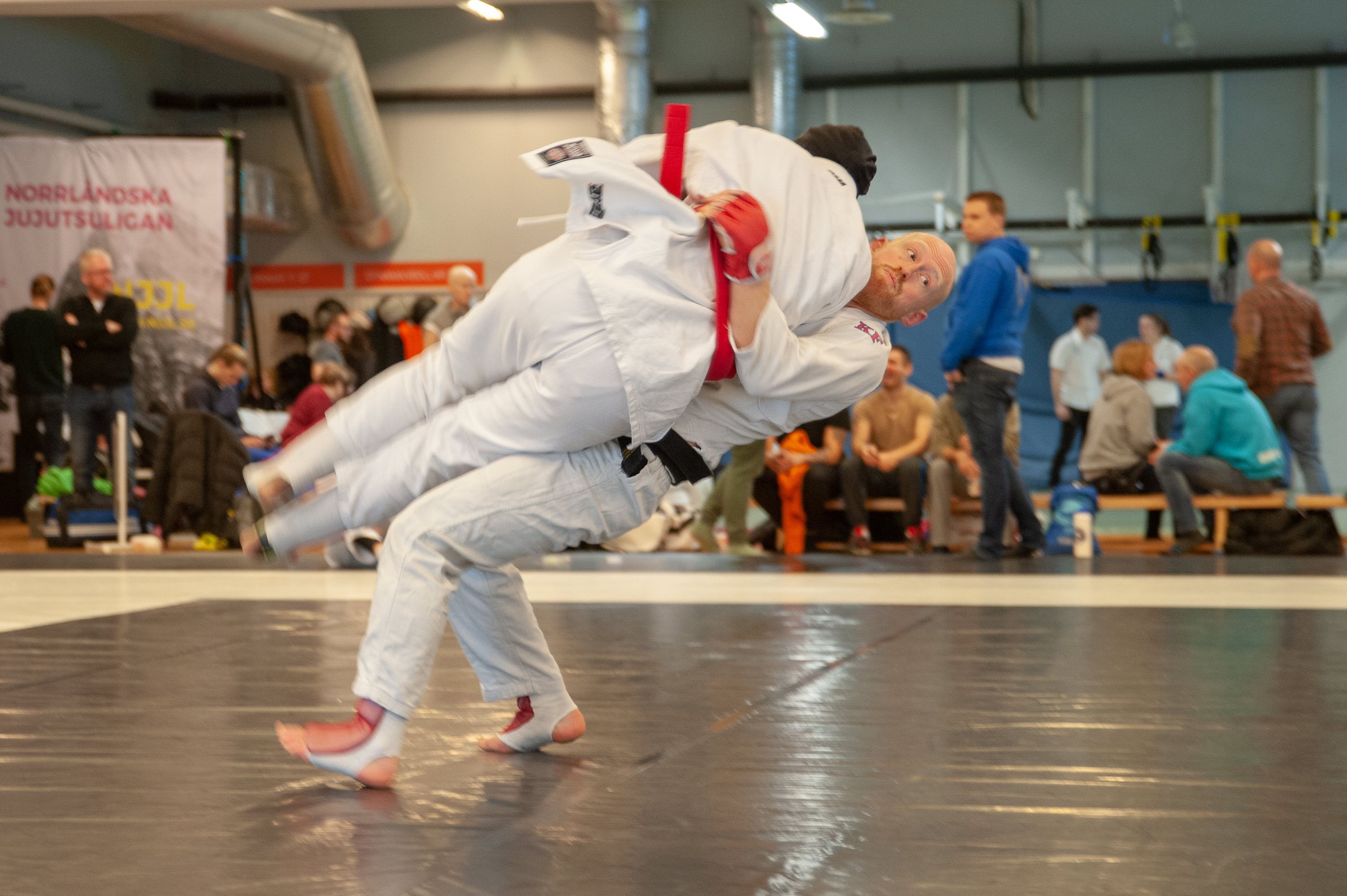 or when someone tries to kick someone 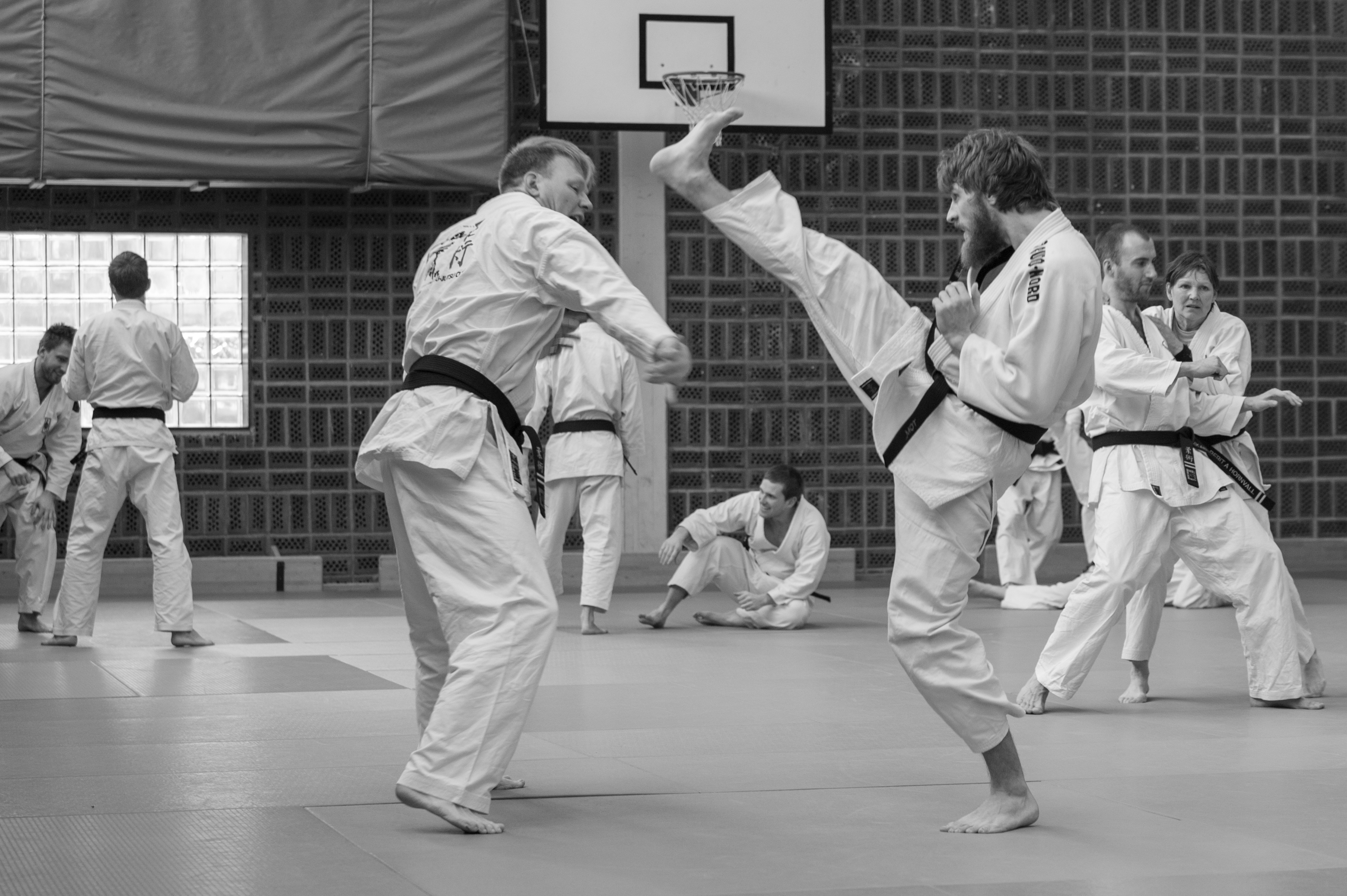 But there are also “slower” parts where it’s possible to concentrate on faces and details. 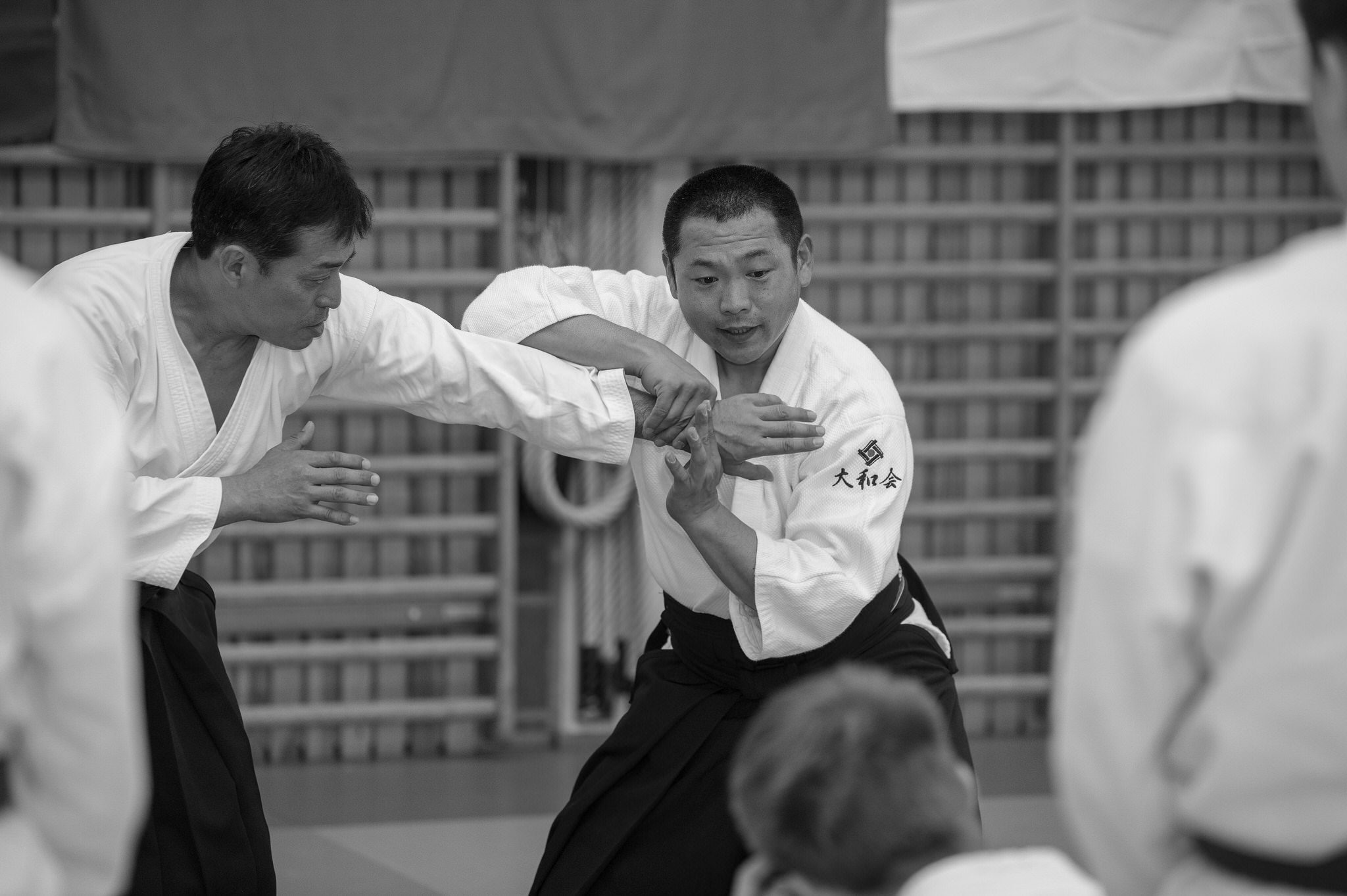 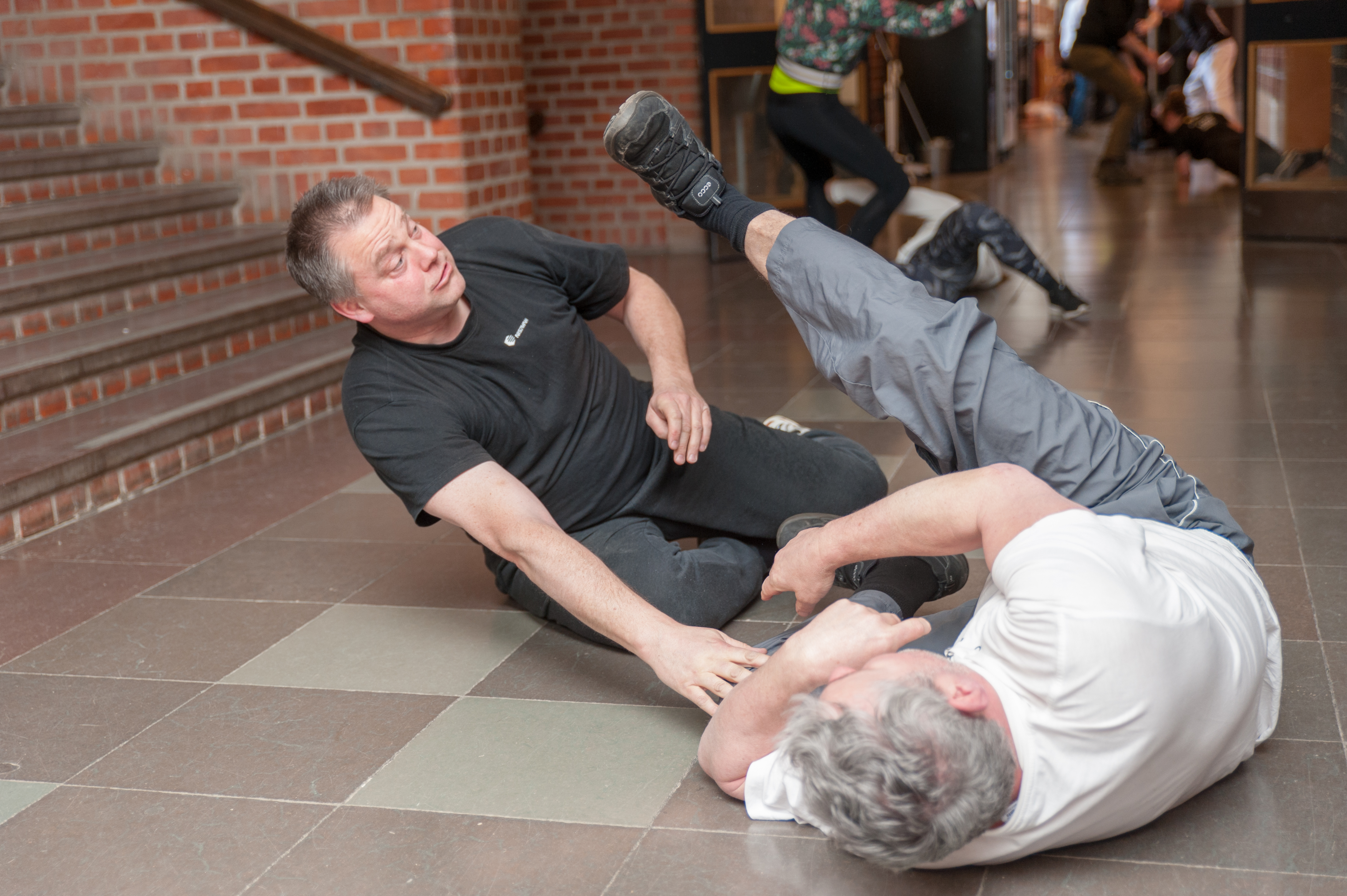 Add to this the fact that I know some jutsu, which makes it possible for me to guess what is going to happen right before it happens, which of course makes it easier for me to capture a photo at the right moment.

This first attempt told me that Kendo is pretty much two-dimensional. With this I mean that much of the action is along a straight line. This makes things easy in the sense that I could position myself closer and use a different point of view. But I didn’t know that so I didn’t, I didn’t even consider it because if I would move closer in jutsu the risk of getting a body part slamming into me or the camera would be high. So in jutsu I want to keep some distance to the people I’m photographing, in Kendo I could be much closer … but I would of course have to check that it was OK before doing that.

BTW - sorry about no example photos from the Kendo shoot but they didn’t want any images online so I’m going to respect that.

Another thing that differs from jutsu is that the focus of the action seem to be when the Shinai (the bamboo sword) hits the opponent, in jutsu a number of things could happen. This means that I that if I want an action photo I know what to concentrate on, but this happens very fast so it’s more difficult to catch the right moment … and I’m not convinced that it makes for a good photo.

To just see the Shinai hitting the opponents helmet doesn’t make for a good photo … at least not more that a couple of good photos before it gets repetitive.

So the photos I liked best were photos taken at the start of an attack, they showed the fast movements, the energy and other things that seem to be what Kendo is all about. I also liked the more “portrait” like photos I took, which in my opinion shows the other side of Kendo - calmness and concentration.

Well, it was my first attempt so I can easily have missed the important parts of shooting Kendo just because I don’t understand.